Welcome to our blog! we’ll begin sharing stories from the guðrun & guðrun universe regularly on this blog - starting with the two namesakes behind the brand. Guðrun ludvig is a dreamy and crafty designer with a passion for all things woolen. incidentally, she’s also the creative director of guðrun & guðrun.

She was raised on the southernmost island of the faroe islands, suðuroy. today suðuroy is connected to the rest of the islands by a two-hour ride on the ferry, but when guðrun was little, visits to the capital were an almost annual occasion. when the ferry came to the island, she would always be found at the wharf, admiring the differently dressed passengers.

Growing up on suðuroy was heaven on earth for guðrun. her family had sheep, and haymaking was a big part of the summer. she loved the chaos of the fresh grass laying on the ground and the calm and cleanliness when it was gathered and collected. this says a lot about her - she loves contrasts. the contrast between chaos and calm; the contrast between the faroe islands and the electric urban outside world.

Crafts played a huge part of guðrun’s childhood. she had a knitting club with her friends and they would knit clothes for their dolls. but guðrun couldn’t knit - she would give it to her mother as she would have a prettier finished product than guðrun. funny enough, knitting is her livelihood today.

Growing up, guðrun longed to travel outside the safe faroe islands, to see and experience the rest of the world. she moved to denmark to study, but couldn’t decide on a subject. by a stroke of luck she got an internship with danish designer sabine poupinel.

Around the time guðrun moved back to the faroe islands, the old faroese proverb ‘ull er føroya gull // wool is faroese gold’ was slowly dying. imported goods were valued more than the wool and much to guðrun’s disappointment, sheepskin were burned instead of utilized.

Going back to the faroe islands during the faroese recession was difficult. there was little work as a seamstress, but she continued working with sabine poupinel. she began working with faroese wool and it wasn’t long until she was contacted by guðrun rógvadóttir – now her business partner – who was equally appalled by the disrespect of faroese wool. the rest as they say is history…

Today she feels lucky to be able to make a living of what she calls her hobby. she lives with her two sons in tórshavn, faroe islands.
after harsh winters she still gets the longing to leave the islands for a while, but the other guðrun and one of many business trips is just a call away. giving her sons the opportunity to see the world and widen their horizons is also something she highly values.

But she always loves coming back home to the calmness of the faroes, going to exhibitions with her sons and her friends, and traveling back to the island of suðuroy to walk the streets of her childhood.

Life of a Sweater

we are better than this.

for thousands of years, we have been wearing hand-crafted quality clothing made from wool, linen, and other natural fibres. but somewhere along the road, we gave up quality for quantity.‍but a low price tag does not just indicate bad quality. it also means that some one else is paying the price – be it the animal or the worker.‍but when you buy a guðrun & guðrun you support our women's empowerment project, where we empower woman all over the world who make our garments by hand. we want to bring human decency back to the fashion industry – one stitch at the time.‍our knitwear is rooted in the old knitting traditions of the faroe islands. but actually nothing changed around here. our sheep still roam free in the mountains, and knitting is still practiced by women of all ages – as it always has been.‍and at the end of the day a sweater should feel warm, look beautiful, be personal, and last a lifetime. the only way to achieve this? a little wool and a lot of know-how.

But see, it wasn't always like that. there is actually an old faroese saying: ull er føroya gull which means that wool is the gold of the faroes. it was the most precious of materials back in the day. its thickness kept you warm in winter, its breathability kept you cool in summer, and somehow – as if by magic – it also keeps you dry in pouring rain. 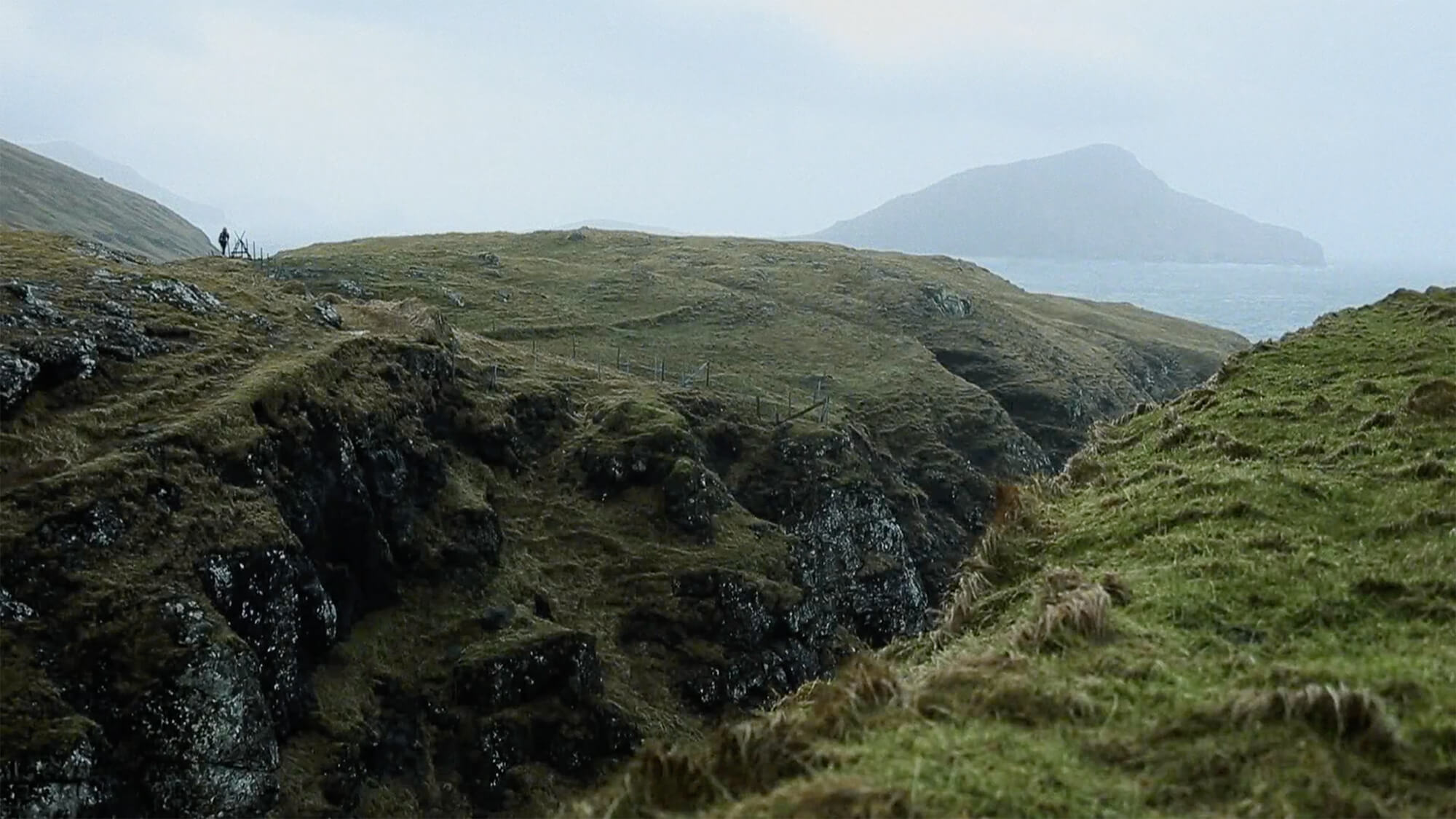 But the fact is – faroese sheepskin has for decades been discarded and the wool been burnt around here. there was no market for it.

And then something happened.

We at guðrun & guðrun turn faroese wool into something usable, no scratch that – something of true value.

We enter the fashion scene with traditional faroese handknitted sweaters, and we want to turn people's heads – but we also want to change people's minds.

Because at heart this is a response to consumerism. slow clothing is about integrity, decency, and above all – sustainability. something the fashion world needs more of.

And seeing how both high-end and high-street brands have been inspired by guðrun & guðrun, we can easily say that handknitting and slow clothing is now cool again.

HOW TO SHAPE YOUR TRADITIONAL SWEATER